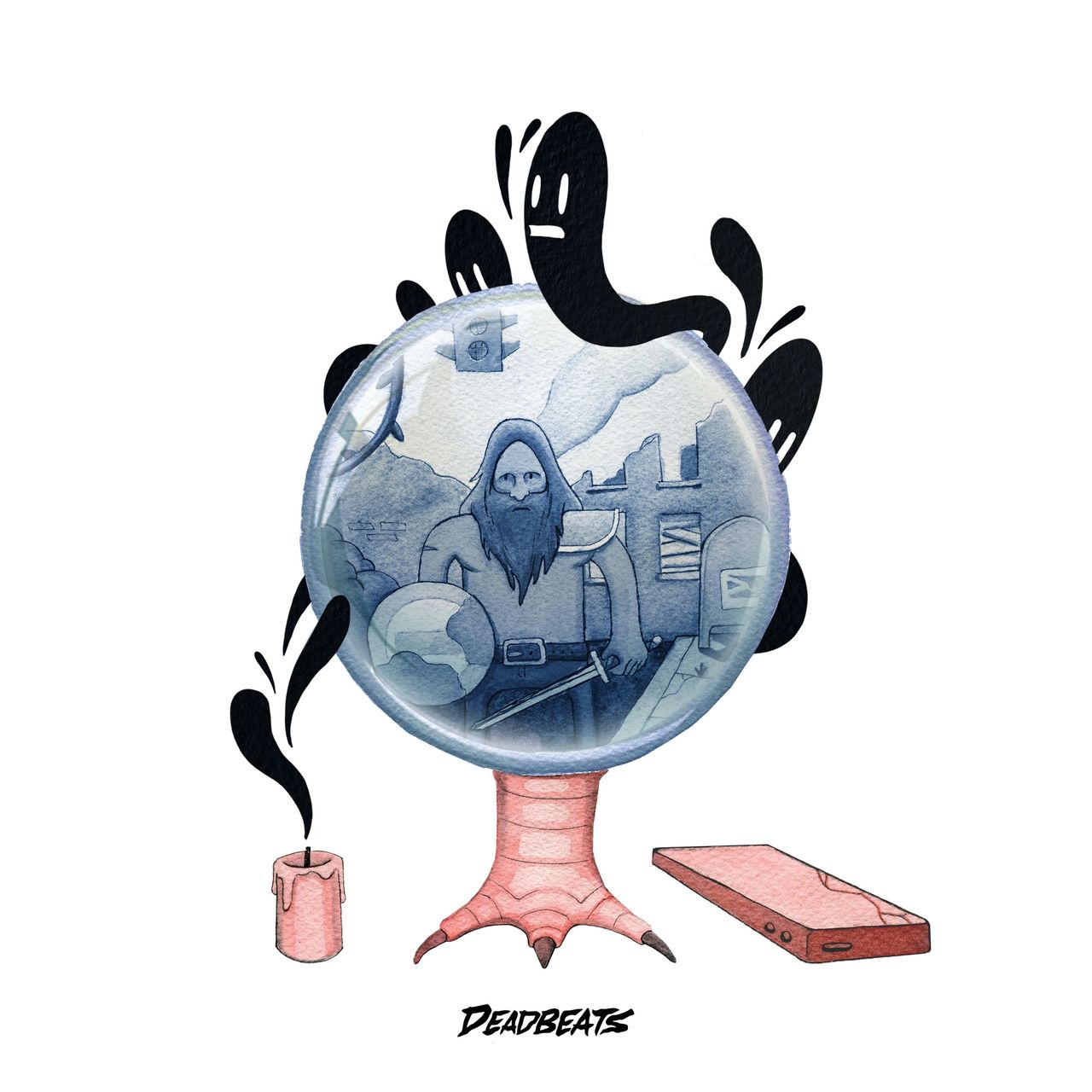 Watching From A Distance

“The inspiration behind this album came from all the prog rock concept albums I listened to as a kid. There was something epic to me about musicians trying to tell a story through their music even if it was, in most cases, overambitious stories about a distant future in which “rocking” is outlawed or something so vague that the person describing it to you barely knows the story but loves telling you it exists. I wanted to make the kind of album your burnout older brother would show you in his airbrushed van or whatever the modern equivalent of that is.

I made a series of illustrations around a loose narrative inspired by the music. It’s about a sword wielding protagonist who navigates a flooded post apocalyptic New York City. I would prefer to keep the narrative open to interpretation beyond that but I make some hints in the art and in the vinyl booklet about what it’s about to me.

Watching from a Distance - A hero makes his way through the ruins. He feels he is being watched and it comes as no surprise. In a place like this you're never alone.”